What a Roulette System Does and What It Does Not 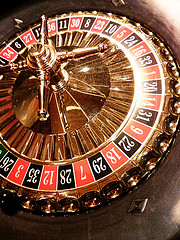 The enthusiasm directed by many gamblers to roulette is hardly a new phenomenon. Indeed, it goes back from over two hundred years, some decades after its conception. If you think the excitement is already dying, then you are either wrong or simply aren’t into casino gambling, but that’s forgivable. The love for roulette is not only thriving, but is currently furthered by the fact that it went online, much to the pleasure of roulette fans who can barely afford to play the game in a live casino.

One of the many things that kept the popularity of roulette – to casino gamblers at least – alive up to this point is the existence of strategies and systems meant to help the player beat the game. Roulette systems have become so widely used and mainstream amongst the game’s players that many systems and their variations have been developed, catering to different play styles and bankroll sizes.

For that same reason, the very concept of a roulette system has become clouded in myths and many facts behind them have become blurry or obscured. As a result, many people now make no distinction between what roulette systems can actually do and what are mere unsubstantiated claims thereof. We will redraw that fading line in the next few paragraphs.

First off, we’ll start with the few yet significant things that roulette can help any player achieve:

1. A roulette system gives structure to the game.

One who knows roulette to the very core can easily argue that perhaps the only thing a roulette system is capable of is to give form to an otherwise random game. Without a system, every roulette game may end up random and frustrating – one can win as easily as he or she can lose. Of course, the randomness lingers even with a system, but then, the player has a method to adjust to whatever outcome the game presents. This creates a more dynamic gameplay than intended, wherein one can play on for long without seeing boredom.

Roulette systems are more focused on the betting process than on the kind of bet being made. The reason is that systems are geared to make profit for the player. As such, it helps the player take care of his or her funds, providing guidance on how to bet such that less is lost more is won in the event of a win.

As previously mentioned, roulette systems have also been surrounded by many misconceptions. Here are the few things a roulette system can actually not do, but is frequently reported as one of its properties:

1. A system can never beat roulette.

Roulette is 100% random, and your only hope of winning the game is when your luck trumps over the odds the house has imposed against you. You have the same chances of winning or losing whether you use a system or not. Therefore, no roulette strategy can guarantee a win in roulette.

Roulette systems, particularly the ones being sold all over the Internet are claimed to be able to either increase the player’s winning chances or make a dent at the house edge. It can do neither. The reason is the same as that of the previous paragraph.

To conclude, a roulette system is not a tool one can use to secure winnings in roulette. It is, however, something that can enhance your game, giving it structure and making it a whole lot more enjoyable.

Can there possibly be a roulette system that can actually help one win in roulette? Click here to find out: http://roulettemethod.com